December 12, 2021
Pink Floyd's concert in Venice. was an interesting moment in music history and one which also links with the history of the city and its complex issues. The band had been trying to play in the city for some time.
In 1987, they released their album "A Momentary Lapse of Reason".

The band toured the album around the world. I attended the tour when it reached Manchester, with a concert in the old Maine Road stadium which was home to Manchester City at the time. It took place on the 8th of the 8th, 1988 (and the concert started at 8 minutes past 8.
Here's the setlist that I saw: https://www.setlist.fm/setlist/pink-floyd/1988/maine-road-manchester-england-3bd76478.html 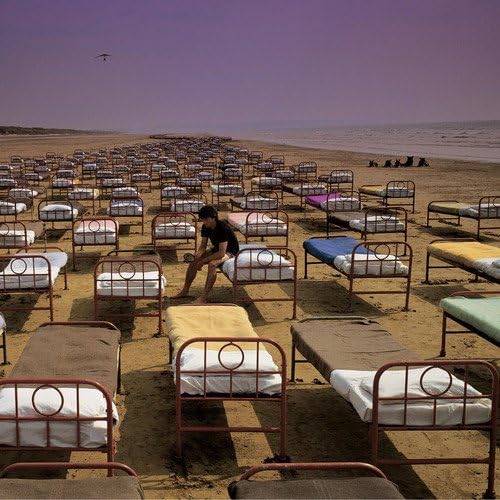 There were real concerns over the possible environmental impact of the concert on the ancient city itself.

The free concert was held in St. Mark's Square in Venice. This was to be a free concert so people travelled in various ways to be there.
The concert was shown last night on Sky Arts on Freeview.
Local Italian news media were not impressed...

Despite local protests, they were allowed to play a free concert from a barge in the lagoon opposite St. Marks square, from where an estimated 200.000 people watched this concert. The concert was nearly cancelled on July 13th when the City's Superintendent of Monuments claimed that the vibration could damage buildings. To pacify critics Pink Floyd played a reduced volume, but there were still claims of damage to marble cladding after the concert. Lamp-posts were also broken by fans climbing them for a better view. The city authorities failed to provide facilities for the visiting fans, many of whom slept in St. Marks square. They left behind them 300 tons of litter, which had to be cleared by the Army. After a seven-hours sitting, the council apologized to Venice residents for the inconvenience, promising that no similar concert wouild ever be allowed. Therefore, this concert can be placed in the books as UNIQUE. The alderman in charge of Venice's Culture Committee, Mr. Silvan Ceccarelli, resigned, explaining: "I feel that I have to go, because I'm one of the people who gave the go-ahead for this concert." Despite initially refusing to do like wise, the rest of the council went soon after, leaving the city in the hands of an ad-hoc administration. Over 100 million viewers in 23 countries saw the show on TV.