Showing posts from February, 2008
Show all

February 19, 2008
Jumper is a new film which has the premise that the lead character can teleport himself to anywhere in the world. This is obviously an intoxicating idea, and instantly appealing to Geographers. Where would YOU go if you could go anywhere right now ? YouTube user JoeBeacher has produced a rather nice Geography response to this idea, which is well worth watching. Click the link below (sadly this will not be displayed in school as the site is blocked...)
Post a Comment
Read more

5 hours of Culture per week 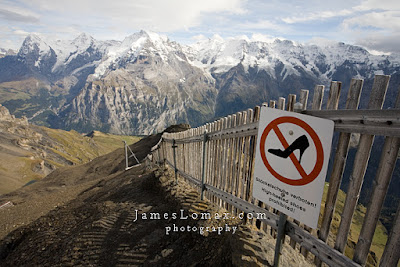 This week is half term, and I'm being bombarded with cultural stuff ... Most of this is also directly relevant to the Pilot GCSE stuff. First of all, just been reading about Martin Parr 's new edition of his book: " Small World " Small World is about tourism, and shows the difference between the mythology of a place and the reality when you get there - about what you think a place will be like and then forgetting that there'll be hundreds of other people there too... Got a flavour of that on Holkham Beach earlier in the week... I love Martin Parr's approach to photography. His themes of leisure, consumption and communication are a perfect counterpoint to the geography that we have been developing. There are also plenty of homages to his work on Flickr. A good blog post here by James Lomax, who has also posted some rather nice pictures of his own as a counterpoint to Parr's. I particularly liked this one: Image copyright: James Lomax Next up was Philippe
Post a Comment
Read more

February 11, 2008
Thanks to a Scottish virtual colleague of mine for passing on her memories of her childhood in Liverpool. This is going to be something that will develop further, and I am grateful to Liz for this input. I would welcome any comments from readers who recognise the places mentioned here, or who had similar experiences (whether in Liverpool or not...) Liverpool reminiscences I was born in the Wirral in 1959 and remember spending time in Liverpool as a youngster in the 1960’s / early 70’s. Social activities Kardomah café – the only opportunity we had to eat out – beans on toast was real treat ! We occasionally travelled to shop in Liverpool – George Henry Lees ( now part of John Lewis) was the very posh department store. My mum always took us to use the toilets there because they were very clean ! Buildings I recall the RC cathedral being built and our first visit to what then was a very modern and unusual building no one had seen anything like it before. It was light a
2 comments
Read more 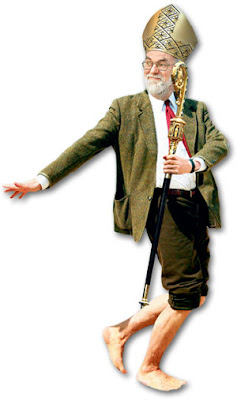 Image copyright: News of the World website. I was going to post here about this obvious contemporary story related to what we have talked about in lessons: the dominant culture adapting in some areas to allow for a change in the law in some instances. Several people have got in first of course. This has proved to be a controversial issue... Tony Cassidy has an interesting summary of the issue in THIS POST. Click and read. It's interesting that this has resulted in calls for the Archbishop to resign. So much for cultural pluralism... On a completely banal theme relative to this, tomorrow sees the launch of Ratatouille on DVD: legally that is... ;) This is my son's favourite film, and we are looking forward to it, and also the additional extras on the DVD. We're also enjoying the computer game. This BBC ARTICLE talks about some more awards for the film... The film's underlying story is "anyone can cook", but remember also "anyone can blog" and "
Post a Comment
Read more

February 06, 2008
Give yourself a short break to watch this classic Russian animation by Yuri Norstein.
Post a Comment
Read more

Are you one of them ? 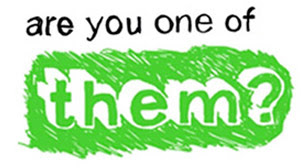 A nice introductory video for a forthcoming series on BBC about 'youth tribes'.... The ARE YOU ONE OF THEM site has some ideas and case studies of some groups that have been identified. Good introduction to the idea of SUB-CULTURES. Also follow the link to see what tribe some 'celebrities' thought they belonged to when they were younger...
Post a Comment
Read more 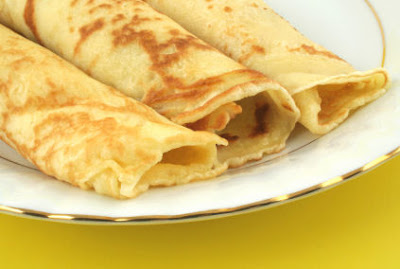 Just had a pancake or three... What's the cultural background to this particular celebration ? Thanks to Stephen Schwab from SLN for pointing out an article on the geographical differences in the music that we like between the north and the south.
Post a Comment
Read more 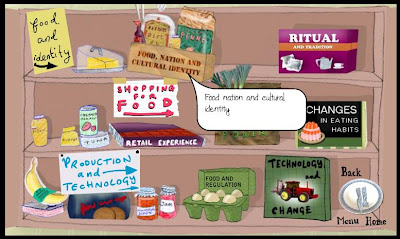 A quick reminder of a site that I mentioned 6 months ago now: FOOD STORIES. This is a site that I am preparing to use with groups in the next week or so... One aspect of a country or a region that defines it is its FOOD. This can be explored thanks to a new interactive site at the British Library site called FOOD STORIES.You'll need FLASH 8 to explore this site in full. The site was put together in association with another, more involved, project called CULTURES OF CONSUMPTION (which has a nice barcode logo...) and is produced in association with Birkbeck College, University of London. There's a very useful report on 4 and a half lessons learnt HERE (PDF download) and you can also download summaries of some of the RESEARCH PROJECTS. There are also TEACHERS' NOTES, CLASSROOM ACTIVITIES and an INVESTIGATIVE JOURNALISTS' NOTEBOOK to help students investigate the site. There are useful short reports on a huge range of food related topics including: * Chinese Restaurants
Post a Comment
Read more
More posts