Showing posts from November, 2009
Show all 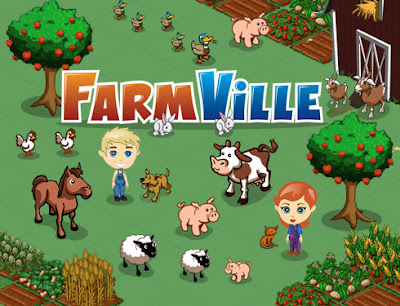 Several people I know, along with myself have "a bit of land"... This land is virtual farmland, and is part of a game called FARMVILLE, which operates on Facebook as an application. There was a good article in the New York Times sampler which appears in "The Observer" a few weeks ago, which included a description of someone who set their alarm for 1.30am so they could get up and harvest their crops, and then go back to sleep.This blog post describes it as possibly "the most popular game in the world".There is a collaborative element to the game, by placing farms belonging to Facebook friends as your neighbours, the amount of money and 'experience points' that can be earned increases. The game has also been successful in raising almost $ 500 000 for charities working in Haiti, when players spend real money to purchase virtual items to personalise their farms, or buy additional land. An article by Jack Arnott on "boredom as a cash crop" pr
Post a Comment
Read more 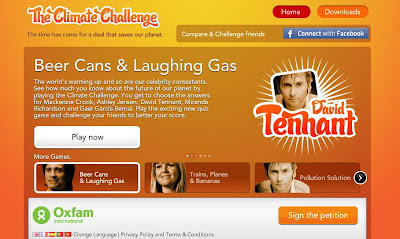 OXFAM have launched a new website called "THE CLIMATE CHALLENGE" ahead of the Copenhagen climate conference. It has a range of games and quizzes featuring celebrities (some of whom you may have heard of) and, usefully, a series of downloads which include the following things below to clutter up your blog post... Your browser does not support iframes. The game is also available in a range of languages including CHINESE .... Why might that be ?
Post a Comment
Read more 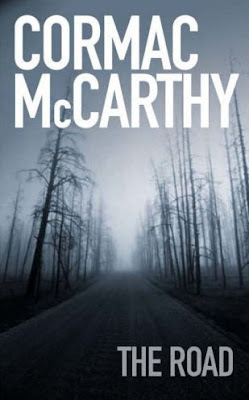 "The Times" this Saturday named Cormac McCarthy's " The Road " as the book of the decade. I have no problem with that nomination: this is an incredible book, and the plot and setting are utterly compelling. Not sure what to think about it being made into a film. The trailer is HERE : film opens tomorrow in the USA. There has been much discussion about the setting, and comparing it to real places, and plotting the route that the father and son take....
2 comments
Read more 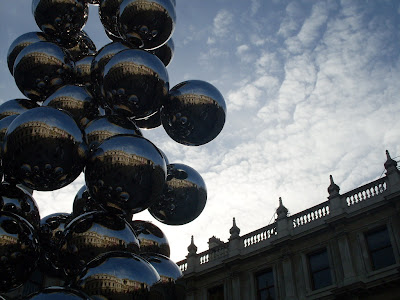 My wife went on a school art trip down to the Royal Academy of Arts and Tate Modern yesterday. Below are a few of the images she took of the sculptures outside the building. There was also news of a forthcoming exhibition at the Royal Academy called EARTH: Art of a changing world... This is timed to coincide with the Copenhagen Climate Change talks, and opens on the 5th of December and goes through to TICKETS CAN BE BOOKED HERE I'm in London during that period so will certainly be going along. There is also a connection with the CAPE FAREWELL project which I used as my POLAR context when teaching the OCR Pilot GCSE Geography...
2 comments
Read more

South Africa - Place of the Year

November 12, 2009
Thanks to Sarah from the Oxford University Press blog for telling me about the OUP Blog , which recently named South Africa as its Place of the Year.
Post a Comment
Read more
More posts