Showing posts from May, 2014
Show all 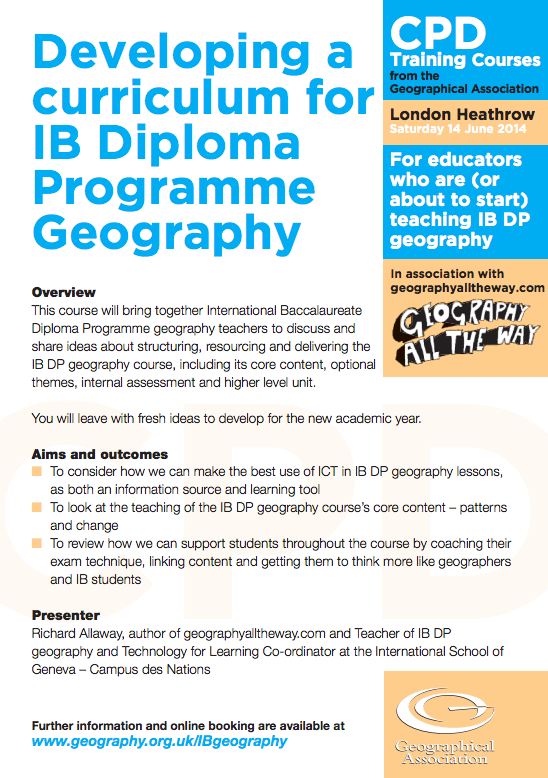 A rare chance to work with Richard Allaway of Geography all the Way fame ,  on an IB Geography course in the UK takes place in 3 weeks time. The course is held at Heathrow Airport , and is on a Saturday so no cover needed (probably) Details and booking information here.
Post a Comment
Read more 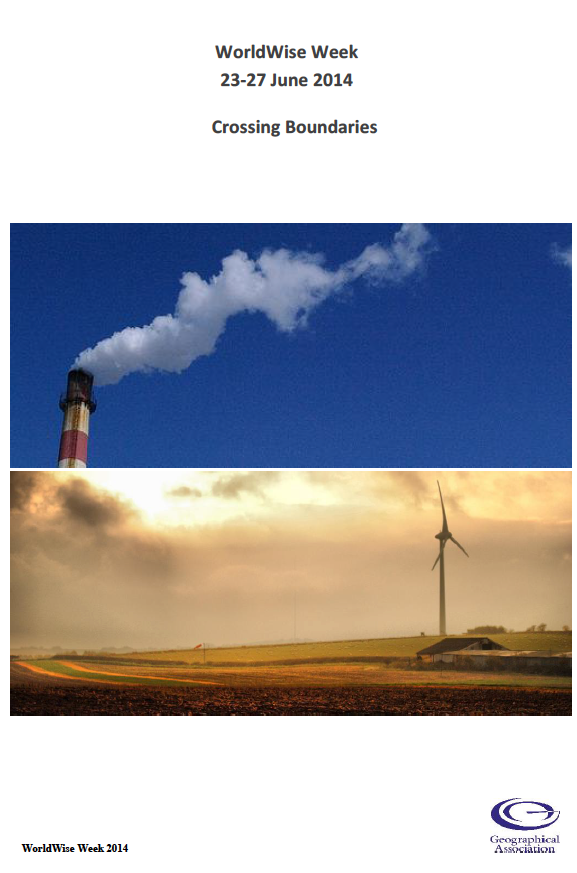 Worldwise Week (formerly Geography Awareness Week , is organised by the Geographical Association. This year's resource pack is available , and would provide some good ideas for those wanting to continue the theme of this year's conference 'Crossing Boundaries' with some end-of-the-school-year extension work. Head to the GA website to download the pack and join in from the 23rd to the 27th of June.
Post a Comment
Read more 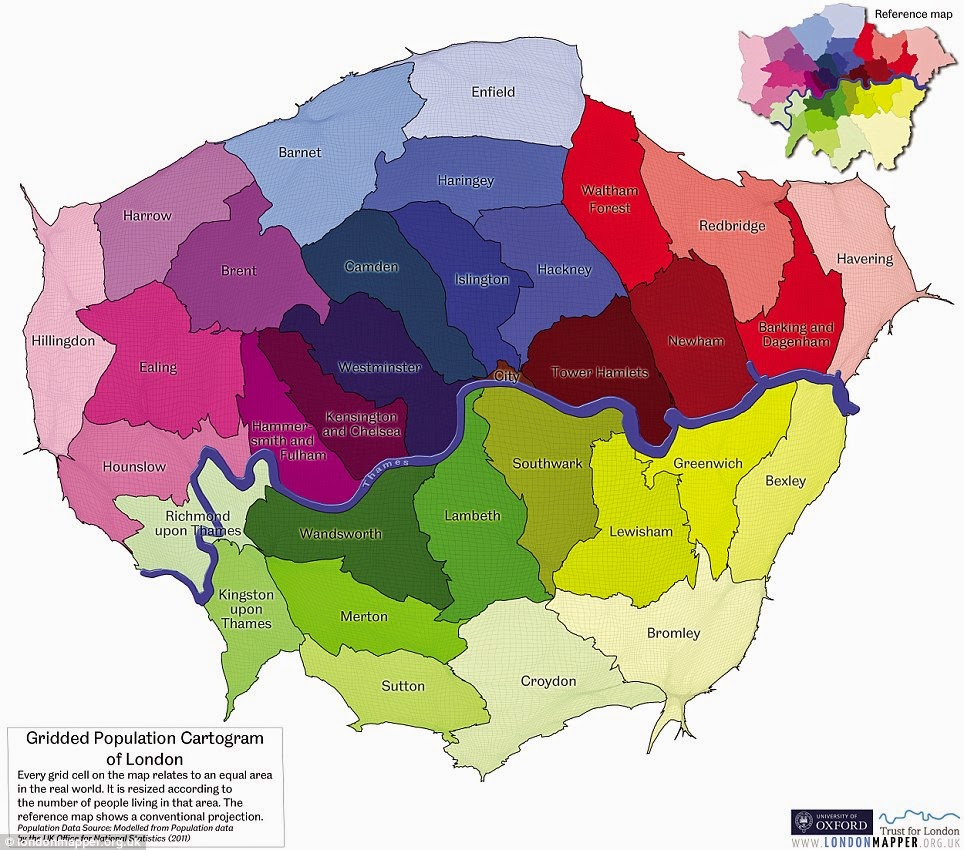 “Our aim is to provide unbiased information about London's social, environmental and economic issues. “These maps are like fancy pie charts, and if something is twice the size of something else it is obvious. We just want to spark a debate about the differences in one big city.” Professor Danny Dorling London called me on Thursday this week, and I went down to the RGS to meet with Ben Hennig. Ben and I are working on some educational materials for a project called LondonMapper - a website which officially launched today , funded by the Trust for London. The educational materials are being funded by an Innovative Geography Teaching grant that we have been awarded by the Royal Geographical Society. Ben's maps will be familiar to many from his work on WorldMapper with Danny Dorling and others from Sheffield University. Ben now works at the University of Oxford , still with Danny Dorling , and LondonMapper is one of several exciting projects that he is workin
Post a Comment
Read more
More posts