Showing posts from October, 2018
Show all

When I first started teaching back in the 1980s (I know), a key case study for environmental change, and also the management of water resources, was the decline in the Aral Sea . I had an old VHS tape which followed the tale of the sea's shrinking, with details of the canning factories which were closed, and the ships which were left stranded in the desert that consumed the area. Nick Middleton later visited during his ' Going to Extremes' series, which we also used to show (and there is a matching book also) He visits Voz Island, which is contaminated due to its location where salt has been exposed at the surface as the sea evaporated.... A Global Oneness project resource explores the latest ideas  relating to the Aral Sea too, and there are some useful resources here. Images by Taylor Weidman  are used in this resource. The tourism aspects of the Aral Sea were picked up in a recent Guardian article too , which shows the possible rehabilitation of this environment
Post a Comment
Read more 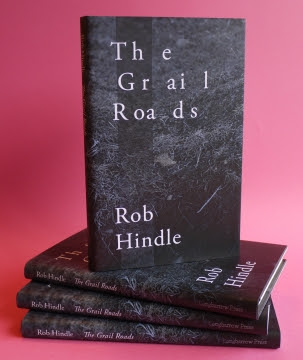 My good friend and poet Rob Hindle is back with a new collection, and this time he has turned his attention to the Great War, as we approach the centenary of the Armistice. The book is called 'The Grail Roads' Some details on the poems, with a mention for Edward Thomas are included I've been in the footsteps of Edward Thomas several times, when heading down to Bedales School for my annual visit. Via Longbarrow Press. The ribbon of land that runs through north-west France and into Flanders is always being turned over. Each year, the ploughs of French and Belgian farmers uncover shrapnel, bullets, barbed wire and artillery shells; an ‘iron harvest’ that takes in the jumbled debris of the Hundred Years’ War, the Napoleonic Wars, and, in particular, the First World War. The Grail Roads digs deep into the cultural strata of these conflicts, and is haunted by their correspondences and echoes, from Agincourt to Arras. The poems reimagine the ‘quest’ of Galahad, Ga
Post a Comment
Read more
More posts