Showing posts from December, 2012
Show all

After  a busy year of blogging, I'm taking a break for the Christmas and New Year period. There may be some circumstances under which I will return, as something majorly geographical could happen before the 1st of January, but if not, have a peaceful break everyone and look forward to blogging through 2013 with you.... Image shared under CC license by Flickr user calsidyRose
Post a Comment
Read more

Does this image mean anything to you ? If not, then you've probably never heard of MINECRAFT: a game that has millions of players worldwide and is finding its way into lots of schools too. My son LOVES Minecraft and has produced some amazing creations on the Pocket Edition that we have on the two tablets in the house. He and his sister play together in a creative world they have generated. When I upgrade my computer in the New Year, we will put the full version on, and really start to explore the Minecraft Universe. Recently, after a Twitter exchange with Claire Rafferty in Australia, I created a Google Doc and started to put together a summary document which could form the basis for Geography teachers to start to think about how they could use Minecraft in the Geography classroom... and also explore where it was being used in other parts of the curriculum, and also as an extra-curricular activity. I discovered Stephen Reid , who I'd quoted in the document was i
Post a Comment
Read more

December 19, 2012
Makes a change from the usual Elf-yourself video that is traditional at this time of year... Personalize funny videos and birthday eCards at JibJab!
Post a Comment
Read more 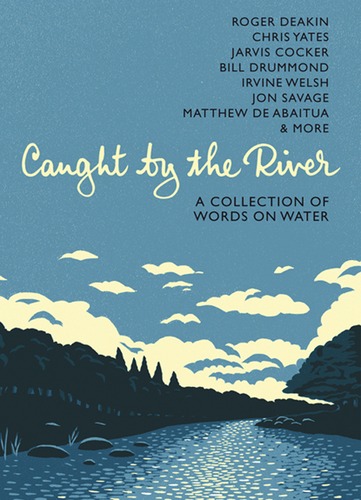 Excellent anthology of words about rivers and water.... Plenty of ideas for curriculum resources on the importance of water, and our connections with it...
Post a Comment
Read more 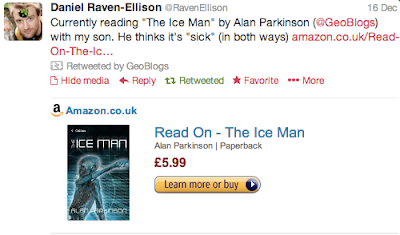 Today is the last day to order on Amazon for guaranteed Christmas delivery. Here are a few suggestions for you... First of all, there's ' The Ice Man' , which is reviewed by a young Raven Ellison below as being 'sick' :) You could also try ' Mission:Explore Food'  or one of our other books.
Post a Comment
Read more

The People's Songs is a new series, which is due to start on BBC Radio 2 in January 2013. The idea behind the series is that it will feature 50 songs which reflect the changing issues of importance through the last century. There is a range of programmes, which will go around the songs, based on themes which tell the story of modern Britain. There are opportunities for people to suggest which songs relate to particular themes. This may work better for staff than for young people as they may have a more extensive cultural library of moments that connect with particular music, although I may be doing students a disservice here.... There are several possible connections with the geography curriculum: - Population change - immigration - arrival and departure - Cultural changes - Urban / rural themes and issues  - Unemployment and economic change... - Environmental themes If we take some of the key themes that might feature in the programmes, and ask them to identify a
Post a Comment
Read more

As I write this, I am sat in a meeting at the University of Ghent, to launch a new European project. The project is called I-USE. The context is a simple, but important one. It's about making sense of a world of data... Statistical literacy  is becoming increasingly important. This includes an element of information literacy, but also digital literacy. Students (and teachers) are now living in a society that demands  evidence-based  arguments and decisions. While the world is changing rapidly with respect to the prevalence and use of statistics, the curriculum in schools and the approaches teachers adopt tend to be slow to respond to such changes. Therefore creating meaningful, innovative teacher training plays a crucial role in developing statistical thought processes. Using statistics provides simple yet instant information on the matter it centres on. Modern computer-based  visualisations  create a vivid presentation of collected and organized data through the
Post a Comment
Read more

From the excellent  LANDSCAPISM blog  from 2011 comes a useful list of landscape-based music. There are some useful pieces of music and other soundscapes. The work of Chris Watson features heavily, which is not surprising. Chris Watson's music is available on Spotify, and there are a few albums of his on there - well worth listening to. I was interested to see a collaboration with Robert MacFarlane that he did recently. You can listen to this via the embedded player here: I have a few ideas of my own which I've come across during 2012. I'll add them to a future blogpost. Try the Landscape of Music too - interesting map concept... Image: Winter Sky, Alan Parkinson
Post a Comment
Read more