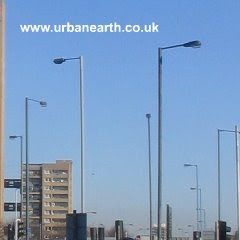 Urban Earth Ning has been launched by Dan Raven Ellison, a leading player in the field of participatory geographies.
The concept is to do a walk across an Urban Area and record it in some way. Dan uses a technique which involves him taking an image every 8 paces, and then using animation software to produce a continuous stream of stop-motion imagery.
Dan has already walked across London, Mumbai, Mexico City and Guadalajara, and the resulting videos are starting to emerge on the URBAN EARTH website. They were also featured in the Webwatch feature of the latest issue of GA MAGAZINE.

Join Dan in Bristol on the 15th of November.
Sign up to start your own walk.
Walk the walk...