Showing posts from April, 2014
Show all

Teaching Geography in a Digital World 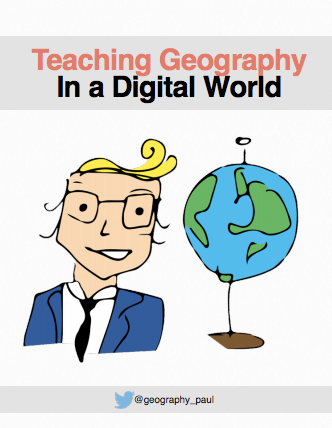 I had a sneak preview of Paul Turner's new iBook a few days ago, and it's now out, and available on iTunes at 'my favourite price'.
This is a really nice summary of some of the best tools out there for teachers wanting to find out about technology that can help. 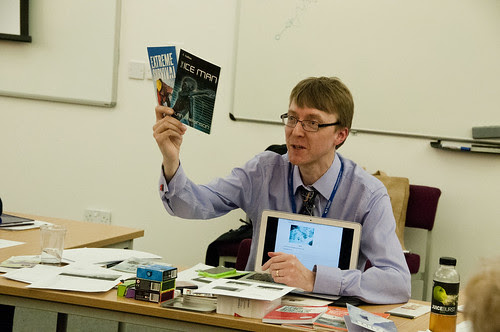 I've recently returned from a very successful GA Conference 2014 at the University of Surrey in Guildford, where I was involved in a number of workshops and meetings, which included a project called I-USE.

Want to know more about I-USE ?
Here's the project leaflet.
i Use Leaflet
Here's a nice shot of me in action too.
Image copyright: Rose Ledgard / Geographical Association

For more posts on the conference, head over to LIVING GEOGRAPHY where there are over 20 posts describing the event...
Post a Comment
Read more

Do it for Denmark

April 04, 2014
An interesting campaign to tackle low birth rates in Denmark, which could well have been an April Fool's joke given the date...
Called Do it for Denmark, it is being organised by a travel company in Denmark, and those who participate in the scheme have a chance to earn prizes if they can prove that they conceived a baby while on holiday with the firm.

A campaign is launched today which suggests an obvious move forward for our capital city: a designation as the country's newest National Park.

We see no reason why London shouldn't join the Peak District, Snowdonia and the Norfolk Broads as having a designation as a National Park.
The city has a breadth of habitats, and a diversity of wildlife that rival some of the existing parks. Check out the new WEBSITE to find out more.

From the press release...


The Greater London National Park* was launched today, celebrating the importance and diversity of London’s urban habitat. It may sound like an April fools joke, but it is not.
It is only a “notional park” for now, but geographer Daniel Raven-Ellison is calling for the public to back the idea.“There is this idea that a National Park has to be remote and rural, but cities are incredibly important habitats too. An amazing 13,000 species of wildlife can be found in London’s open spaces which together make up 60% of the Greater London Nat…
Post a Comment
Read more
More posts