Showing posts from August, 2013
Show all

For many people, this will be a busy year. Those waiting for the final version of the 2014 curriculum document for Geography will be anticipating changes to what they are teaching. The Geography curriculum review has an expert group which advised the DfE. I worked on the GA's own NC working group earlier in the process. Di Swift has now pulled together a range of material from the meetings and the process, and earlier this week, a new blog went live to share their work. There is useful advice on the notion of curriculum making. I was interested in some of the content, particularly Paul Cornish 's useful sheet for planning which place based content to include in a school's planning and teaching. It will be interesting to see how this site develops, and how people respond to it. Add a comment, and a contribution, and I hope this proves to be helpful.
Post a Comment
Read more

August 26, 2013
Just fired up my old Chumby for the first time in a few years and discovered that the feeds had closed down... I bought it when it first arrived in the UK and it's a pity to see that it now has limited functionality. I hope that a solution can be found. The Chumby feeds off the WiFi and generates a range of feeds and widgets which can be customised. I used to have mine working to show Facebook feeds, clocks, news, weather etc. I had to limit the use because of my limited data connection. Ironically that wouldn't be a problem with the increased bandwidth which most home users now have, but this would increase the data that needed to be sent to the devices, hence the cost of maintaining the service presumably... I hope the Chumby comes back to life again... Any other Chumby users out there ?
Post a Comment
Read more 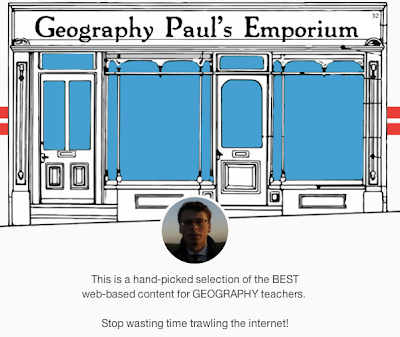 Check out a new project by Paul Turner  for the new school year. This will develop over time to be another useful point of contact for geography teachers looking for inspiration and resources.
Post a Comment
Read more 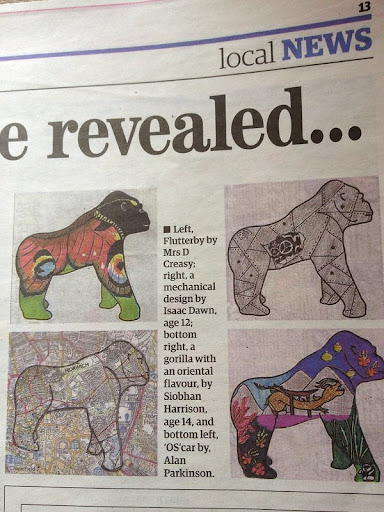 There is currently a trail of decorated gorillas in Norwich city centre. These are along the lines of the Gromits in Bristol which my family and I tried to find when passing through last week. The EDP had a competition to win one, and we entered. I didn't win but my wife and I's designs were included in the paper... Mine 'OS'car, was based on two OS maps of the city...
Post a Comment
Read more 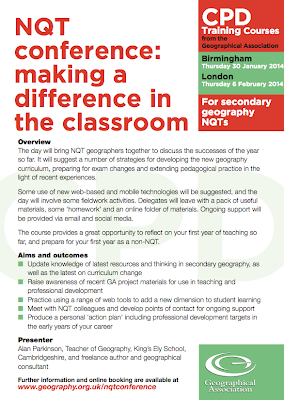 The details of the CPD courses being offered by the GA in the new academic year have been released, and are available for booking now. Visit the website for details of all the courses. I'm delighted to say that I will be leading the following days... at various venues around the country from the middle of November through to June 2014... Hope to see some of you at one of these events...
Post a Comment
Read more

In 2001 , I created a website called ' Mr. P's Geography Pages' which was hosted on the free TRIPOD service. A few years later, I moved it to web hosts 123Connect and it became 'GeographyPages'. At the time, other than David Rayner's GeoInteractive and David Robinson's site there were very few Geography-specific websites. This was in the days of Netscape Navigator and dial-up modems chirruping away... The site had a few thousand visitors a year, but quickly grew to over a million visitors and well over that in terms of page views. I had to double the bandwidth, and then again and again.... The website still gets hundreds of thousands of visitors a year,  although I 'archived' it in 2008 when I joined the Geographical Association. If anyone is interested, the domain name is for sale.... one slightly shop-soiled URL (Not that I anticipate anyone will be for a moment....) The site will be disappearing shortly, so grab your favourite bi
Post a Comment
Read more
More posts