Showing posts from September, 2007
Show all 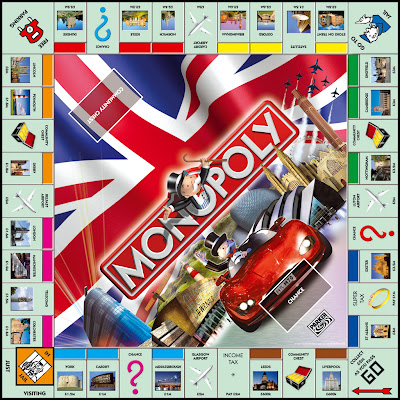 On the day that we got a special British edition Monopoly board...

This was the Here and Now UK board, and was the result of voting across the country...

Dundee makes it...Here's the board for your interest - why not buy a copy ! Look at the price inflation in the properties...

Las Vegas - the "Up and Atom" City

There are a few decent programmes on the telly. 'The IT Crowd' and 'QI' are on at the same time on Friday.
This week's QI introduced me to an interesting fact about the history of Las Vegas.
I use Las Vegas with my Year 13 geographers (hi gang !) as an example of a post-industrial city. It has an interesting history, which is explored in some exam materials from 2005 that I use.

THIS WEBSITE is rather great...
It has a useful tour of the city of Las Vegas, and has a cool FLASH map.

Here is a postcard from Flickr user kocojim which shows that people sent postcards from the city as "Atomic tourists"This is an interesting variation on tourism.
There is an ATOMIC TOURISM website for people interested in seeing the sites...
Las Vegas has an atomic testing MUSEUM.

Of course a few decades later were the "downwinders" - see this Wikipedia article for starters..

One of the more famous (alleged) casualties of testing in Utah was John Wayne.
He was famous for classi…
Post a Comment
Read more

A new resources has just appeared on the Geographical Association website.
It's a new online journal called GeogEd.
The first item is an article by Phil Wood called Advances in E-Learning: The Case of Blogging in School Geography.
This looks at blogging in geography, and name-checks the article I wrote for Teaching Geography in 2004, and then mentions some current Geog Blogs, though sadly not the 'original' GeoBlogs...
Fame (ish) at last...
Post a Comment
Read more 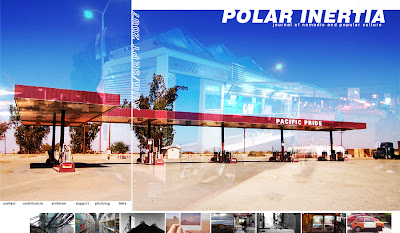 Via BLDGBLOG which is a great place to browse, came across the Polar Inertia blog, which describes itself as a "journal of nomadic and popular culture" , with a US leaning due to its location, but with a varied mix of geographical content ranging from Singapore to Japan to Italy and beyond... Check out this great image of a 99 cent store, which fits in nicely with work we do on consumption. What are our UK based equivalents of these ? Where in the town or city would you find them ? Why would they be located there ? Can their pattern be mapped ? How ephemeral are they ?
Post a Comment
Read more
More posts