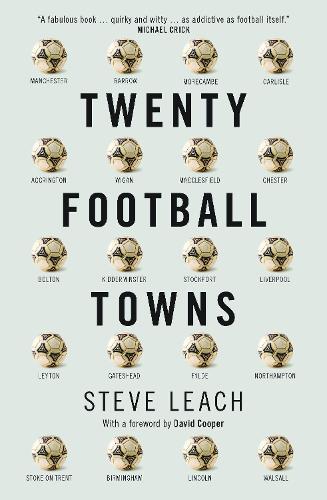 ‘To me, football is an important expression of a place-related collective identity, which operates as an important antidote to our increasingly atomised society’
Steve Leach

Thanks to David Cooper for the tipoff to this book, which looks very interesting and will be one I invest in at some point.


From the blurb for the book:
The town where we grew up and all the places we've lived are the bedrock of our lives, and memories of seeing the local team play are inextricably intertwined with our sense of place and identity.

I used the look inside feature on Amazon to read a taster section of the book.

I was interested in Barney Ronay's piece on the power of place, particularly as it related to Anfield, and Liverpool's Premier league winning season that has just ended.

Even the journey there has a distinct tone and texture, something to do with the angles of the place, the topography of a port city, the way the light beyond the houses carries a sense of being at the end of things. It’s there in the way the streets melt into closes and dead ends, funnelling the crowd one way. There’s never any doubt where you’re headed. Or these days, what’s going to happen when you get there.

Anfield creates a range of place-meanings.

Also check out the photography of Stuart Roy Clarke.

It turns out that the Foreword to the book was written by David himself, and he talks about the book's credentials as piece of place writing. 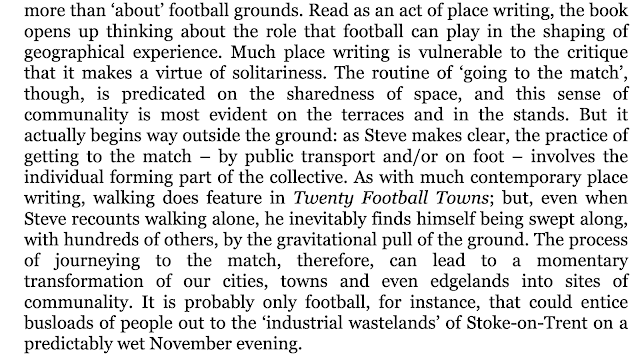 The foreword ends with a quote from the renowned Liverpool fan Doreen Massey on the nature of place, and the first two words of the book are "Place matters".