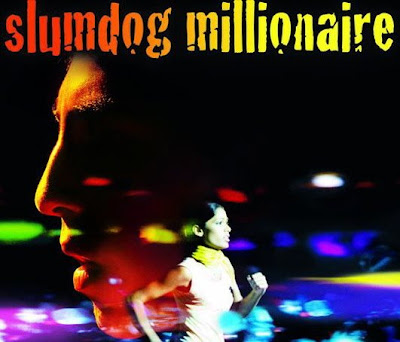 Watched this earlier this week.
Great film...
Let's see how it does at the OSCARS.
How could it be used in a geography classroom ?
It's a certificate 15, so you're looking at GCSE groups at least.
How about the issues of possible "slum voyeurism" or the apparent amounts paid to the child actors compared to the lead actors ? How accurate was the reporting here ? How easy is it to 'assume' things in this way ? (remember the Sceptics' Toolkit)
What about the British orientation of the workers in the call centre ?
Again, BLOGGERS introduce some interesting additional detail and suggestions.
Marc Silvers National Geographic blog (link above) contains an interesting interview with Thomas Chandy of Save the Children (India)
It’s great that the movie talks about poverty, it’s great that the movie is about hope. But let’s move the debate beyond this: The reality is millions of children are working when they should be at school. Can we move beyond talking and do something to change this reality?
Plenty of potential avenues to explore at the WIKIPEDIA article on the film.
Also an interesting BLOG POST here on the "urban geography" of slums, with interesting maps and diagrams.
Or how about this quote from David Denby of the New Yorker:
As slum children, Jamal and his friends are enchantingly beautiful, but the supersaturated color makes not just the kids but every surface and texture shine glamorously, including the piles of garbage that Jamal and his brother live among. Boyle has created what looks like a jumpy, hyper-edited commercial for poverty—he uses the squalor and violence touristically, as an aspect of the fabulous.... Besides the children, what I will remember of “Slumdog Millionaire” is a disorderly exploitation of disorder, a kind of visual salad of glowing rotten fruit, constantly tossed.
So - how are YOU going to use this film in your classroom ?
UPDATE: Fantastic news that Slumdog won 8 Oscars last night...
Slumdog Millionaire