Liverpool is the European Capital of Culture for 2008.

There is a special event being held in Liverpool tonight to kick start the year.

Liverpool shares the distinction with Stavanger, a rather nice city in Norway I spent a couple of weeks in as a student... many years ago.

The BBC have produced a useful set of resources on the city, and a comparison between the 2 cities.

There has been lots of coverage in the local press: thanks to Stephen Schwab for the information on that link.

How is Liverpool likely to benefit ? Fits into the idea of rebranding the city too...

I am looking to do a project where students in Liverpool exchange information with students at my school relating to cultural aspects and the changing nature of the town / city where they live.

The Education Guardian published a very useful piece, with some good lesson ideas.

I am grateful to those colleagues who have already volunteered to help via the posting on the SLN Forum.

Thanks to those who have sent their memories of the city too. All this will feed into the creative works...

The Guardian Article: THE EYES OF THE WORLD ARE ON LIVERPOOL

A good list of some of the events at this IC WALES article.
How about an audit of the events, and an exploration of the types of culture that are included.
More on the HERITAGE CITY status.

The BBC News site has lots of useful articles.

Check out the Liverpool08 site for a shop with lots of promotional stuff: clothing, books, DVDs etc.

Look at the banner headings on the site: which aspects of Culture have they chosen ?

The site also has a series of postcards, which can be sent electronically.
Look at the images on the postcards. Which aspects of the CULTURE of Liverpool have they selected for these cards ? Could you design some of your own for your own place ? Or for Liverpool ? 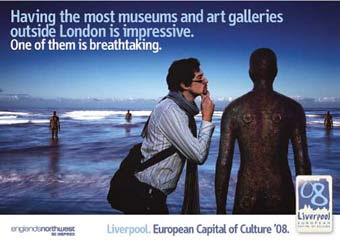 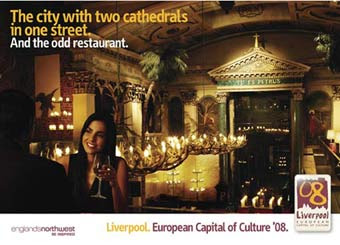 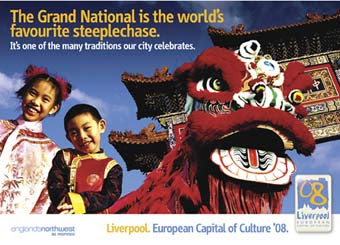 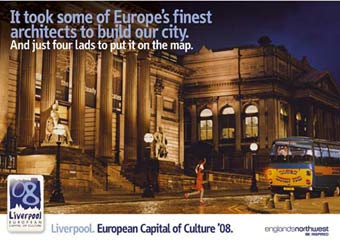 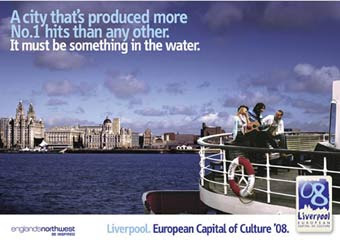 Update: the Liverpool Echo had a lot of coverage of the evening, but the front page also shows something that was mentioned in the BBC coverage yesterday morning - nowhere is perfect of course - remember that this aspect of geography relates to the image of a place that people have, and the factors that help create that image. 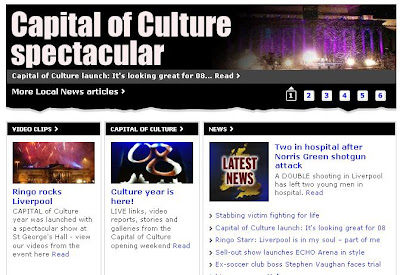