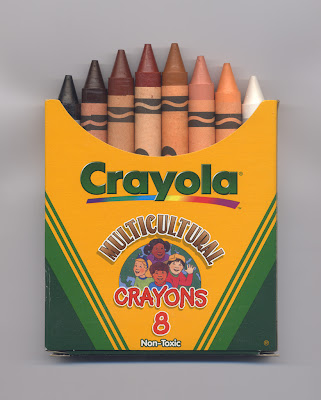 This is a bit of a hot potato to get to grips with. It's important to offer a balanced view of all the issues related to the contemporary nature of the UK.
There was also the recent story in the paper related to the change to a 'pluralist' balance of population in cities in the UK.

It was suggested that Leicester would be the first city to get to this point.

One slogan used in Leicester railway station to describe the place is a 'Diverse-city' of people.

The phrase "sleepwalking to segregation" has emerged...

Richard Littlejohn in the Daily Mail can usually be relied upon to say something that gets people talking... or ranting... Click the link for an interesting take on the Citizenship Guide.

There was also a survey carried out on the attitudes of people in the UK in November 2007, which was also reported in the Daily Mail

The findings are in the image above... Could make an interesting Have I got news for you style activity out of the results, or guess the percentage - that might make a good starter to the lesson.

One idea for you: making a cultural geography EASTER EGG using the DUMPR generator. Why not put an image from another culture on it ? (Idea via Flickr user charmante)