September 04, 2008
If it's Wednesday it must be time for another book looking at the perceptions that people have of Great Britain... 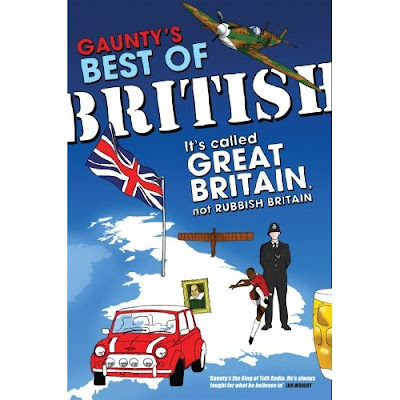 This time it's John Gaunt's BEST OF BRITISH
It's Called Great Britain, Not Rubbish Britain

Here's the Synopsis, from Amazon

This is Great Britain not rubbish Britain and it's about time we started shouting about this fantastic land from the mountaintops of Wales and Scotland through to the White Cliffs of Dover. This is the country of Shakespeare, The Sex Pistols, Thatcher, the Specials and Ian Wright; the land and people that invented football, rugby, the TV and telephone and revolutionised music, culture and the arts; a small country that punches well above its weight with the greatest armed forces in the world, the home of democracy and defender of freedom; a tolerant country; and a fair country. It is time to rejoice in our culture, our history and our traditions and firmly put the Great back into Britain.Wrap yourself in our flag as Jon Gaunt embarks on a tour of the best bits of this green and pleasant land, celebrating all things British. His forthright tribute encompasses the country's favourite pastimes including cricket, foxhunting and the FA Cup, great inventions like the Spitfire, the Jaguar, the Mini and the miniskirt, and our unofficial national cuisine of fish and chips washed down with a cup of tea or a pint of real ale.
Britishness John Gaunt