Caught the new Wes Anderson film last weekend and it's rather wonderful.

There are the usual Wes Anderson touches, with immaculately framed scenes, shoot-outs, animation scenes and great performances from his usual ensemble cast with some new additions. I loved the Owen Wilson travelogue of Ennui, France. The cinema also had plenty of postcards of the lead characters to pick up and here's Owen Wilson's tube-map themed one. 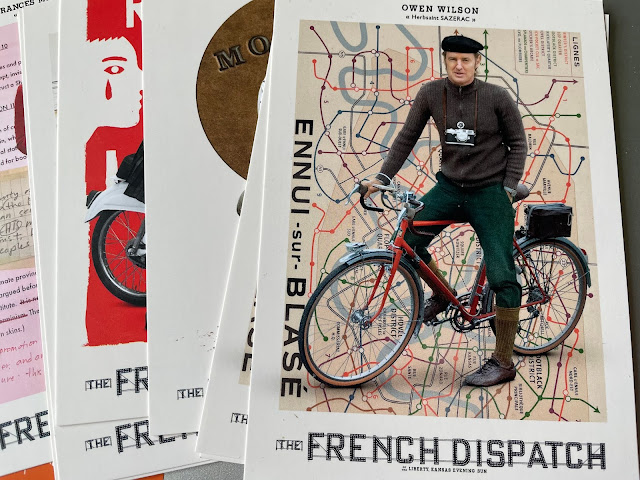 I'm heading to an exhibition of the props from the film in London in a couple of weeks.I hope it's as good as the one for the 'Isle of Dogs' film.