OFQUAL Consultation on Fieldwork in GCSEs for 2021


“Fieldwork is the best and most immediate means of bringing the two aspects of the subject (i.e. a body of knowledge and a distinctive method of study) together in the experience of the pupil. Therefore, fieldwork is a necessary part of geographical education; it is not an optional extra”

This consultation is on the content and running of the 2021 Exams for GCSE, AS (which nobody really does anymore) and A levels. There are some suggested changes which are being consulted on. 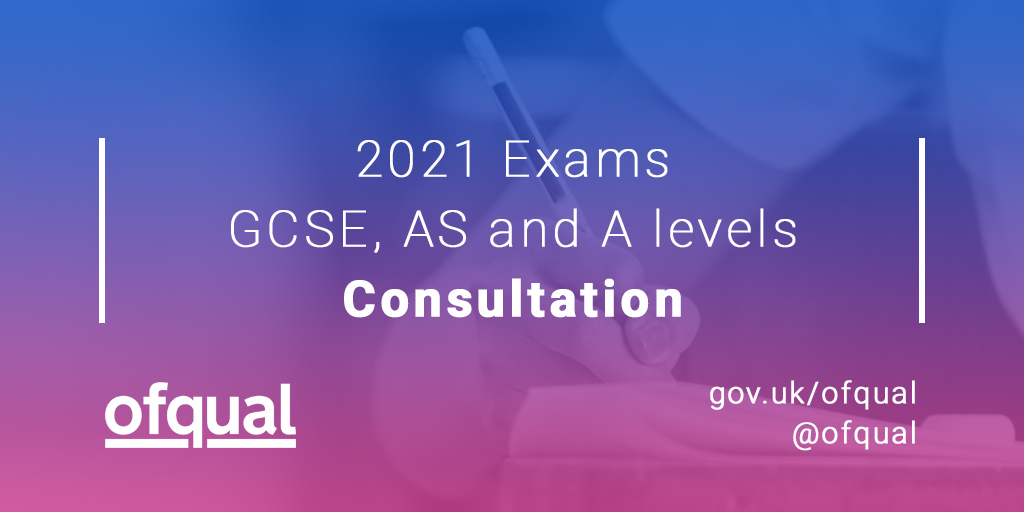 Here is the bit that is important for us as geographers. 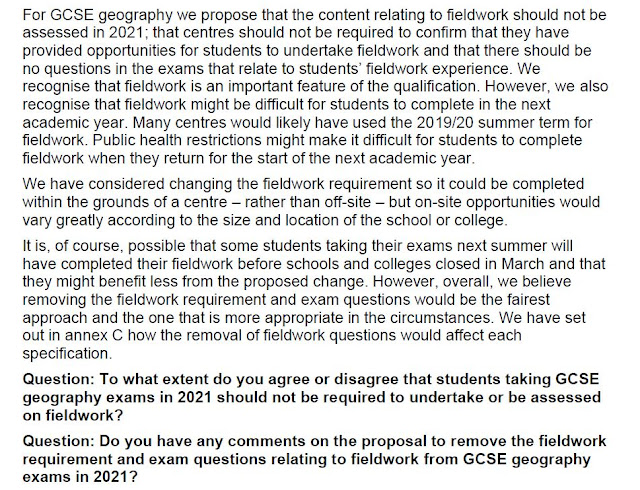 A look at the annex shows that the History GCSEs have had their content slimmed down - sometimes losing quite a lot of content, but Geography has just had the fieldwork element removed.

If fieldwork goes, then there is a great possibility that it will be lost forever, and if we have "done without it" the expectation will be that we can continue to "do without it".

The wording could perhaps be adapted so that the requirement to carry out fieldwork "beyond the school gates" is removed - there are options for fieldwork on the school grounds, or in the immediate area, or using secondary data more substantially. Or remove the requirement for it to be assessed in quite the way that it is currently, or perhaps as an alternative to a part of the course, that those schools who had already carried out fieldwork could opt for.

It is very important that fieldwork is retained. Remove other course content to free up time but keep one of the key elements of geographical study, and one which so many other former and indeed present Geographical Association Presidents have championed and fought for in decades past.
From Geoffrey Hutchings, to Patrick Bailey, to Nick Lapthorn and Gill Miller (and others) the GA has led on a whole range of fieldwork projects. The GA has a stategic partnership with the GA, showing the value placed on fieldwork. August 2015-16 saw the Year of Fieldwork.
During the summer the 2nd edition of my new book on 'Fieldwork through Enquiry' - a 2nd edition of the popular book co-written with John Widdowson will be published.

Virtual experiences are not fieldwork...
Chris Durbin's quote remains important here: "virtual fieldwork is like a virtual pint of beer~....

Add your voice to keep fieldwork.
For ideas for local and school-based fieldwork check out the GA's Geography from Home section of the website.

This blogpost represents my personal views.
The Geographical Association is also responding to the consultation and recommending to other geography teachers that they do the same.
Here's Alan Kinder's view in the TES 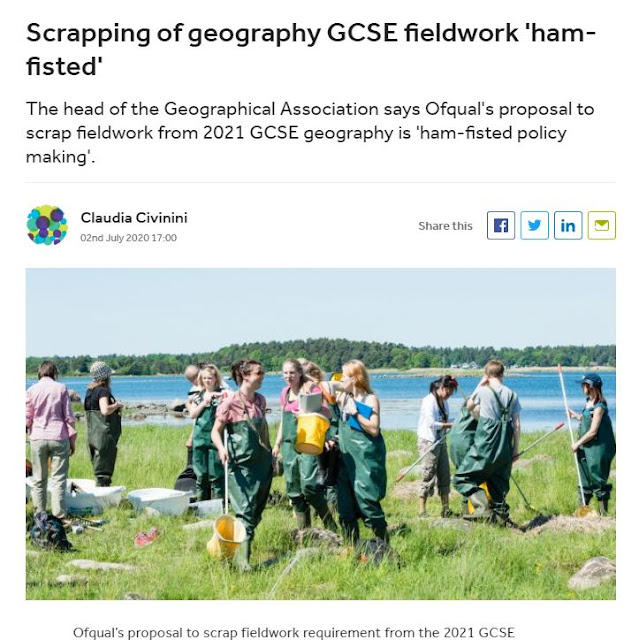