World Cup. It's all kicking off...

June 19, 2018
Just as England opened their World Cup campaign, Milan from the Geographical Association pressed the publish button on a new set of resources that I have written for the GA website. 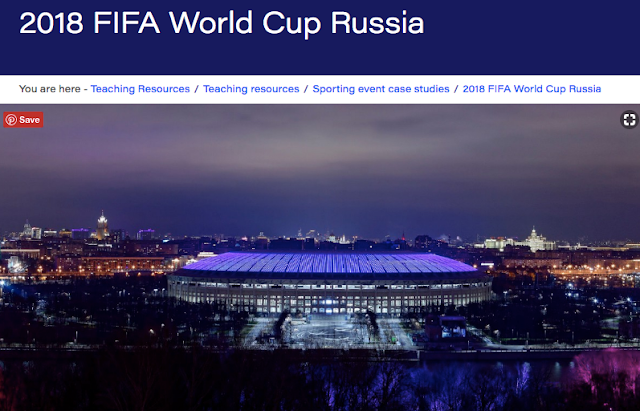 There are so many additional geographical stories emerging each day that the World Cup happens of course, so keep an eye out for them, and if you spot something interesting let me know and I'll add it to the post here as an update.
There's an extra Teachit Geography resource here, which was flagged up on their Facebook page.

And you also need to be a bit careful of some of the stories of course.
There were some stories about an earthquake that was triggered by Mexican fans.

The wording has now changed, and it's more like the fact that perhaps there were some sensors which noticed some movement. The New York Times explained it more accurately...

I liked this story too:

How did Senegal fans celebrate after their team won their first match at the #WorldCup?