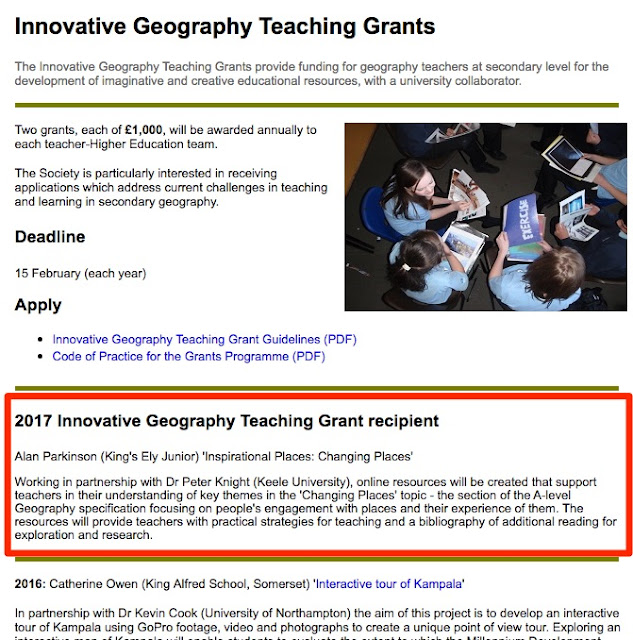 It's working with Peter Knight from Keele University to 'translate' some of the ideas in an undergraduate geography module called 'Inspirational Landscapes' into a scheme of work for the teaching of the Changing Places module in the new 'A' level.
I co-wrote the Changing Places section in the Cambridge University Press textbook, along with Garrett Nagle and Claire Kyndt, and wanted to develop it a little further as textbooks are of course a little static. Claire has also since developed quite a lot of new ideas while teaching the topic, and we have also planned some fieldwork experiences, which have had to be adapted a little in light of recent events as it happens.
This will explore the interface between school and academic geography (which some people have criticised for the undue influence of academic interests on the new 'A' levels, which have not always been the most straightforward topics to research and teach for the first time)

The website where our materials will appear is now live.

It explains the project and, although there's not much there now, it will build up between now and Christmas - hopefully in time to help some colleagues before the first sitting of the exams in 2018....
Changing Places Innovative Geography Teaching Grant Peter Knight