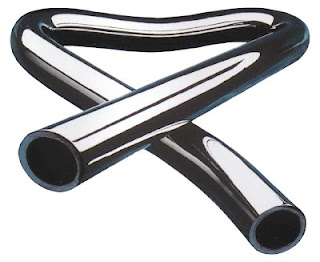 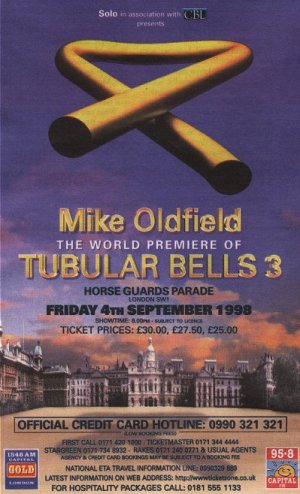 40 years ago today, an LP was released which 'broke the rules'...
Tubular Bells was the work of teenage Mike Oldfield. He was backed by Richard Branson, who decided to create a record company called 'Virgin Records' so that he could release the album. Mike played all the instruments, and multi-tracked them. He created a continuous piece of music, rather than a lot of singles.

I first heard Tubular Bells when I was aged 10 or 11. My uncle Steven had a copy, and played it all the time when I went round to my nana's house. I loved it so much that I bought my own copy.

I have probably played this album well over a thousand times in my life. I have seen it performed live several times, and was also present at the world premiere of the 3rd version of the album - getting very wet on Horse Guards Parade.
Oldfield has also recorded other albums which together have formed the soundtrack to my life for the past 40 years.

Ommadawn is my 'train journey' album - 'Hergest Ridge' is my 'relaxation' album, and 'Crises' reminds me of my visit to Norway, and listening to 'The Lake' by the most wonderful glacial lake on a balmy evening...