May 26, 2008
...but it's 'typical' Bank Holiday weather again today: wet and very windy here in Norfolk...
Went over to Brancaster and Burnham Deepdale yesterday for a quick mooch, then it was back for food shopping with lots of fractious holidaymakers arguing over gravy...

This is a campaign of the Commission for Architecture and the Built Environment. (CABE)

Our aim is to use culture to make a difference to seaside resorts, contributing to sustainable, social and economic regeneration.

Also in today's TIMES was a full page ad suggesting that we could be seeing the end of the pier show as a result of government legislation related to gambling. This threatens the classic slot machines that are a feature of many resorts.

The SAVE OUR ARCADES campaign has been started.

Slot machines are certainly part of our culture. A separate post is needed on this topic, and if I get a few other jobs done later, will try to do that today...

Locally to me is Hunstanton, with Thomas' and other amusements, such as the Pier Amusement centre, where we go bowling occasionally... 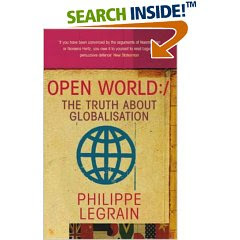 Chapter is called "Culture Clash", and has some fascinating things to say on Culture and Globalisation. More on this later too...

Also a few excellent passages on this in Joe Bennett's book I'm reading at the moment (see earlier blog post) - more on that to come later too...
One of the things that he mentions is the way that Winnie the Pooh has become a brand, and whether the workers sewing and printing a design of a non-carnivorous bear onto underpants ever stop and wonder what it is they are actually doing ?

And this brand, coincidentally enough was picked up in an Observer article on the decline of bee colonies in the UK, and the cultural significance of the bee, from Winnie the Pooh, to the more recent "Bee Movie", which is one of my son's DVDs of the moment.

And Culture has also been the subject of a series of trails for the BBCs "The Culture Show". As part of the new series, a rather intriguing (and also very useful) resource has been produced: a collection of images and text relating to culture: click a word and you will see a definition, click a still and watch a video. The trailer video can be viewed HERE.

Click the banner below to go to the page and explore: 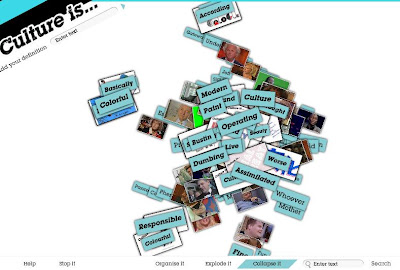 Also a final quote, courtesy of Alan Johnson, when he was Education Secretary:

"Children have a dual role as consumers and influencers. Educating them about the impact of getting an extra pair of trainers for fashion's sake is as important as the pressure they put on their parents not to buy a gas-guzzling family car..."

Another ramble, but a few useful nuggets in here I hope...
SaveourArcades Sea Change The Culture Show