Geography and the Media

May 17, 2008
Just sorting out some more details for my SAGT presentation, which is on GEOGRAPHY's relationship with the MEDIA, and features lectures by Iain Stewart and Mark Beaumont.

I am interested in using the SCEPTICS' TOOLKIT from PANICOLOGY, to explore the idea of stories in the media and how we should view them with caution...

Also want to explore the geographical aspects of MEMES:

Any unit of cultural information, such as a practice or idea, that gets transmitted verbally or by repeated action from one mind to another. Examples include thoughts, ideas, theories, practices, habits, songs, dances and moods and terms such as race, culture, and ethnicity. Memes propagate themselves and can move through a "culture" in a manner similar to the behavior of a virus. As a unit of cultural evolution, a meme in some ways resembles a gene. Richard Dawkins, in his book, The Selfish Gene, recounts how and why he coined the term meme to describe how one might extend Darwinian principles to explain the spread of ideas and cultural phenomena. He gave as examples tunes, catch-phrases, beliefs, clothing-fashions, and the technology of building arches.
(From WIKIPEDIA article...) 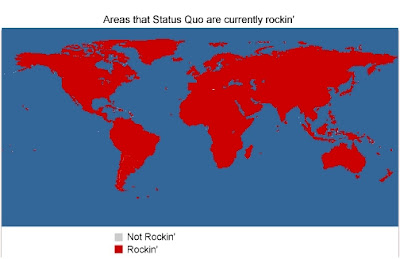 and this one by tincanman uk 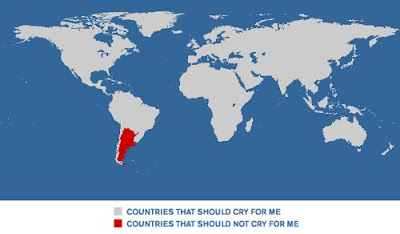 Check out the FLICKR SONG CHART POOL for plenty more of these....

Looking forward to the possible release (maybe this year !) of BIG BLUE BALL....
A few bits on Peter Gabriel's website.