November 10, 2018
Instead of spending phone credit on voting for the X Factor favourites, I'd like you to consider whether you might want to support me for the role of GA President.
This starts with an election for the Junior Vice President, which would be from 2019-20.
This is followed by the position of Vice President from 2020-2021, President for 2021-2022, and Past President for 2022-2023. 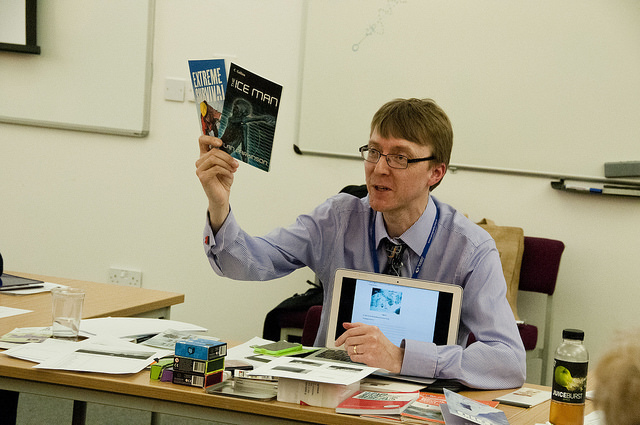 I was asked to submit a 200 word statement as part of the process, which will be placed on the GA website, and the voting will open early in the New Year and close towards the end of February.
You have to be a GA member to have a vote.


I have been a GA member since PGCE days in 1986. In 2004, I joined the Secondary Committee and am currently Secretary.
Between 2008 and 2011 I worked as the GA’s Secondary Curriculum leader: part of the team delivering the Action Plan for Geography. I have led many GA CPD events and talks at GA branches across the country. I wrote a significant proportion of the GA website, worked as liaison with GA strategic partners, worked on the Young People’s Geographies project and authored several books for the GA.
I’ve written the GA’s Webwatch column for 12 years, contributed articles to all GA publications and worked with numerous publishers and companies.
I am a Primary Geography Champion, consultant to the GA, worked on European projects on behalf of the GA, and also for the Open University.
My work during the Action Plan helped change the nature of the GA’s support for teachers , and my Presidential ams would be to revisit this powerful work, refresh connections with RGS-IBG, and promote geographical exploration in various guises.

I’m a full time Head of Geography, blogger, author and tireless supporter of colleagues at all levels, promoting the value of Geography, and received the RSGS’s Tivy Medal in 2013.

I've done far more for the GA of course than can be put into a 200 word statement.

A few more additions for you to consider (not an exhaustive list):

I've presented sessions for the Princes' Teaching Institute Teacher Days.
I set up the GA Ning and GA Primary Champions Ning and supported Champions through their launch event, as well as working as a Champion since.
Took part in the Young People's Geographies project which was an early co-construction project, based around the OCR Pilot GCSE project partly, and which introduced me to Ian Cook and other academic geographers.
Supported the work of the Making Geography Happen project.
Introduced social media aspects to the GA: the Twitter feed now has around 18000 followers.
Served on working groups at previous times of curriculum change, including sessions with HMI OFSTED, SSAT, Awarding bodies and others to shape the GA offering for teachers, the development of the website, and changes to journals.
Member of OCR Geography Consultative Forum group, which meets in Cambridge and Coventry and helped inform specification change, and the support for teachers in the first few years of the new specifications.

Ran the Open University's Vital Portal between 2011 and 2013, producing resources for fellow teachers.
Worked for the GA, along with representatives of other subject associations, to develop courses and assessments for the Diplomas, which ended up not going ahead after a year of work - along with my work on BBC Jam, which never saw the light of day.
Contributed articles to 'The Guardian' and TES on technology in geography.
This was also connected with early work representing the association in the development of Functional Skills materials which were disseminated nationally.
Attended Geography Teacher Educators' Conference and presented four times.

Won a number of GA Silver Awards and Highly Commended Awards for Mission:Explore, Frozen Oceans, and other projects.

Helped judge the GA Publisher's Awards, and review publications for GA journals.
Attended the Association at Work Day on numerous occasions and contributed to Policy discussions.
Work in a school which has held the Secondary Geography Quality Mark, and Centre of Excellence 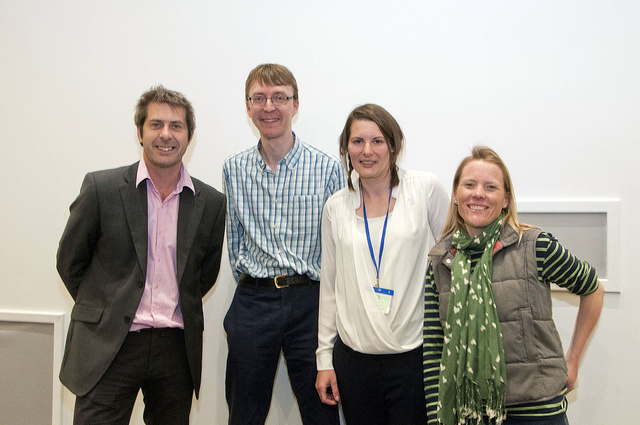 Mentored other schools to take part in the award - here we are receiving it from Iain Stewart.
Images: Bryan Ledgard

Working as an Ordnance Survey GetOutside Champion into 2019, working to encourage over a million people to become more physically active.
Visited and spoken to many of the GA's Branches, and was previously President of the Norfolk Branch of the Geographical Association.

Resources on Technology in 'A' Level Geography
CPD Units on Geographies of Food and others.
Numerous sections from the Resources page
Contributed to the Top Tips of the Secondary Phase Committee
CILT Resources on Transport and Logistics.
Regular contributor to the ISSIG's excellent 'Notes and Queries' newsletter

I've written articles for all 4 of the GA's journals, and presented well over 200 events on behalf of the GA in various locations including the Finnish Ministry of Education and numerous Universities.

I'm part of the group working to deliver the Critical Thinking for Achievement project to schools across the UK.

Also co-founded Mission:Explore along with Daniel Raven Ellison, and have co-created our books including the original National Trust award-winning book, Mission:Explore Food, Camping, On the Road, Water, Iceland and National Parks.
Blogging: LivingGeography has had over 5 million views, and one of 10 blogs I've written which have attracted a large readership.

I believe I'm fairly well known, and have contributed literally thousands of resources free of charge, and supported thousands of teachers in their professional development either face to face or virtually. I would hope to leverage my networks and hubness for the benefit of the Association.

I'm a full time Head of department, and have teaching experience in Primary / Secondary / FE settings in both State and Independent sector.
And my Presidential lecture will be unlike any you've seen before...
As it says in my statement...

My Presidential ams would be to revisit the powerful work we carried out as part of the Action Plan for Geography, refresh connections with RGS-IBG, and promote geographical exploration in various guises.

My current interests reflect my work on Mission:Explore, and the power of geographical stories to shape curriculum making. I aim to leverage my networks and connections to attract a diverse audience and some wonderful speakers to conference, and support teachers throughout the year, visiting GA branches and other relevant events.

But apart from that...

If you felt you could give me your vote I'd be grateful for the validation of three decades of work in geography education.
Don't worry, I'll give you some more reminders nearer the time, and during the voting period which starts early in the New Year...

Update
I've been blown away by the support shown on Twitter particularly... so many kind comments and people promising their support. I won't let you down if elected, and have already jotted down some of the people I've worked with over the years who I hope I can persuade to join us for conference....
GA President Geographical Association