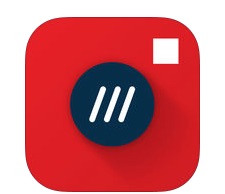 what3words is a global grid of 3m x 3m squares where each square has been pre-allocated a fixed and unique 3 word address.
75% of the world suffers from inconsistent, complicated or inadequate addressing systems.
This means that around 4 billion people are invisible; unable to report crime; unable to get deliveries or receive aid; and unable to exercise many of their rights as citizens because they simply have no way to communicate where they live.
It means that in remote locations water facilities can’t be found, monitored and fixed; and schools, refugee camps and informal settlements remain unaddressed. Even in countries with advanced systems, people get lost, packages aren’t delivered and businesses aren’t found.
Poor addressing is costly and annoying in developed countries, but limits growth and threatens lives in developing ones.
what3words means everyone and everywhere now has an address.

Over the Christmas period, they launched a new photo app.
This can be downloaded for iOS and Android.

It allows you to add the three word location to any image, which means that its location is shared and anyone with the address can find their way to the place where the photo was taken...
The new iPhone X can add GPS locations to images.