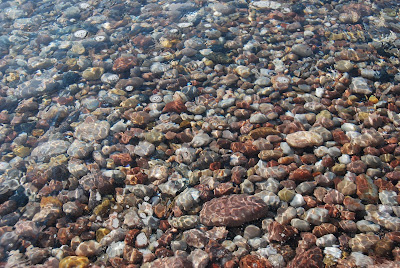 Image by Alan Parkinson from his "staycation" in Devon this year... Creative Commons licensed...
Staycation is one of those words which has appeared this year, in response to an apparent effect of the financial crisis affecting many households, and the relative weakness of the pound against other currencies, particularly the Euro. It's an American term, which is a combination of two words of course.
A recent article in the Times provided a glossary of new terms which were being applied to
particular types of holiday or short break...
How about asking students as part of a unit on tourism to provide a definition for the following terms:
1. Weighcation
2. Gaycation
3. Sackedpackers
4. Palidays
5. Minimoons
6. Voluntourism
7. Babymoons
8. Surfaris
9. Advultures
10. Setjetter
(perhaps the place below would be visited by one of these people - it's where scenes from James Bond movie "Die Another Day" were filmed) Image by Val Vannet made available under Creative Commons - more available HERE
Assessment: come up with a new term that describes a particular niche form of tourism...
Answers coming shortly....
Happy to have suggestions for answers or other terms added as comments to this post...
Tourism