Does anyone know what the UK really looks like? I don't think so.. and I think that's a problem. That's why I've made The #UKin100Seconds. Each second = 1% of what the UK looks like from the air.

You can order your ticket here. Some excellent speakers as well as the chance to be provoked by Dan. 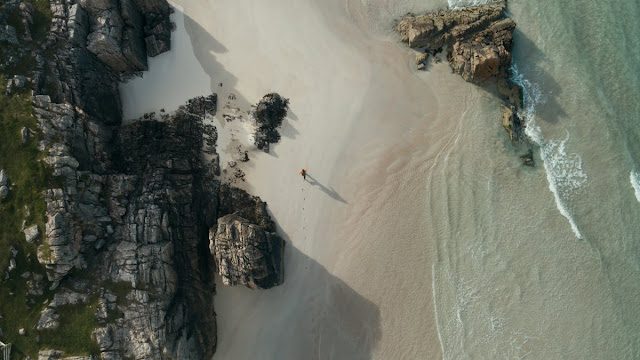 It’s difficult to get a picture of what the United Kingdom really looks like. Imaginations and assumptions can distort decisions that affect our lives. We often hear the idea that there is simply no more room in the country. In reality, just six per cent of the UK is built on.

The UK in 100 Seconds is a provocative and thought provoking film that rearranges the United Kingdom's land into 32 categories and divides them over 100 seconds. Each second equates to 1% of what the country looks like from the air.

Made by guerrilla geographer Daniel Raven-Ellison and filmmaker Jack Smith, the film was made by travelling from Tongue in the north of Scotland to the New Forest in the south of England. Each second of the film covers roughly one metre of Raven-Ellison's walk through moorland and peat bogs, down a runway and over a dump.

Made in collaboration with Friends of the Earth, the film gives an honest reflection of what land looks like and how it is used in the United Kingdom and raises some challenging questions. A major inspiration for Raven-Ellison making the film is the amount of space that is used for feeding livestock and the question - what if we made more space for nature?

Following the screening, there will be a Q&A with the filmmakers and a series of six micro-talks and a forum with the audience. We'll be discussing what the UK could look like in the future and what the effects would be if we made more space for nature.

Confirmed panellists include:
Alasdair Rae, a geographer and expert on land use at Sheffield University
Andrew Simms, author of the books Cancel the Apocalypse and Ecological Debt
Beth Collier, a nature-based psychotherapist

More panellists to be announced.