It's facilitated the meeting of millions of teachers and students from across Europe, and I've benefitted from it in many ways over the years. I first got involved with Erasmus through Karl Donert, the President of EuroGeo, and who has spent many years travelling Europe.
He asked me to take part in a project called digitalearth towards the end of my time with the Geographical Association. He was keen to get the GA to engage with this European network of teachers, and there was the first of a few opportunities to do that with this network. The digitalearth project has had a great legacy...

This took me to Salzburg, back in January 2011, for the first of many meetings and training courses. I found myself in a 3 day meeting with university professors, Headteachers and people with particular skillsets I'd not encountered before. It was a little scary, but also exciting, and we had some interesting cultural events as part of the meeting - a pattern that has been particularly important as my Erasmus participation has continued... 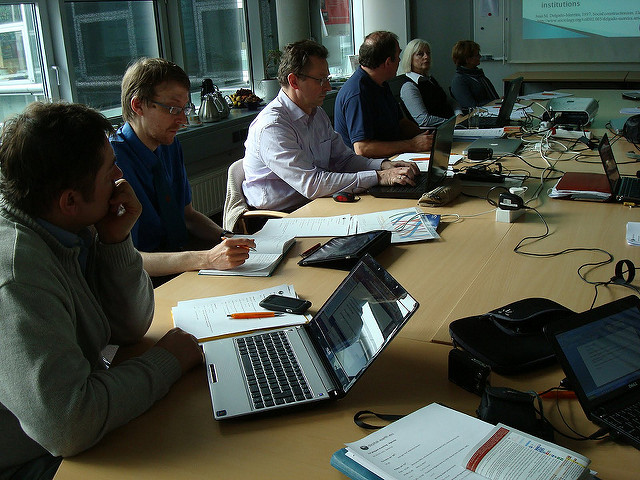 I've spent several months of my life since in various cities around Europe. I've worked at Salzburg University quite a few times, running courses with teachers from lots of different countries, learning from them as much as they learned from me. 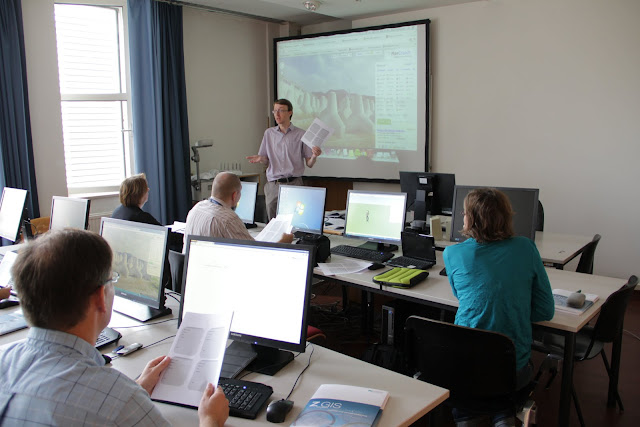 Here's a picture from Simo Tolvanen, one of a large group of Finnish teachers I had the pleasure of working with at Z-GIS in Salzburg.
I've visited Stockholm - sailing there on a boat through the frozen Baltic and stopping in at Estonia en route. I've scaled snowy peaks, eaten fine foods, seen art and heard guggenmusic, baked in the heat of an Alentejan summer, swum in the Mediterranean, walked on a frozen lake, wandered unfamiliar cities in the early hours of the morning, and discovered a hidden bottle of Ardbeg whisky in the most unlikely of hotels. I've seen Romanian tower blocks, sung Finnish karaoke, navigated out of an underground car park in Ghent, and seen the Acropolis at sunset and two Olympics stadia...
I've been involved in 5 Erasmus Funded projects and a range of Erasmus funded courses... and several other failed bids for project funding...
I hope to be involved in a whole lot more adventures in the future....
My school is currently involved in an ERASMUS funded project called GI Learner

I recommend you find out more about the scheme and try and get involved.. assuming UK partners will still be welcome after Brexit... 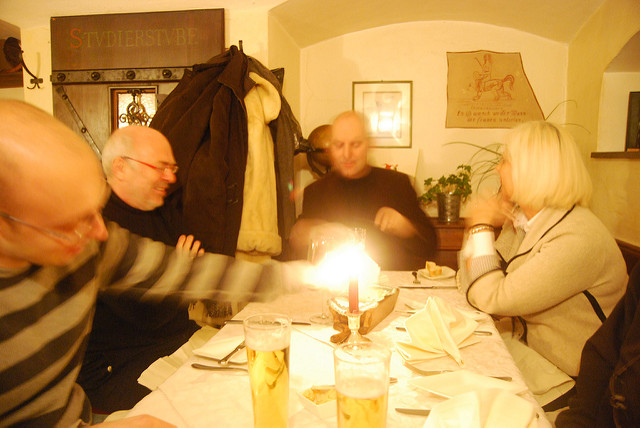 In the upstairs room at Zum Eulenspiegel, Salzburg
Erasmus