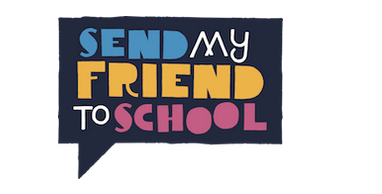 I've been involved in this campaign every year since it first launched, and it's nearly time to start preparing for 2017.

World leaders have promised every child in the world a quality education.
But a key piece of the puzzle is missing - the money to pay for this education - leaving the global picture with 263 million children missing out on school, and many more in school not learning. Now is the time to act to solve this crisis. We have a window of opportunity - 2017 is the year that world leaders can translate their words into action and fund education for all.

As part of the campaign, thousands of children across the country are creating paper jigsaw pieces, to represent that financing is the missing piece of the education puzzle, and sending them to their newly elected or re-elected MPs following the results of the UK General Election. It is important that as many MPs as possible can hear about the campaign so that they can see the strength of support for education.

Last year around 400 000 young people got involved. Can we get more this year?

Teachers can request resources to help them get involved in the campaign.

Send my Friend to School