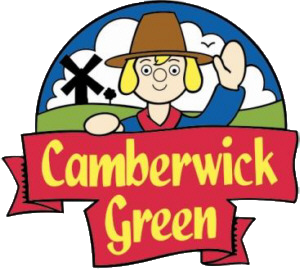 I was sad to hear of the death of Gordon Murray earlier this week, and it triggered some nostalgia, and led me to hunt out my DVD box set of the three series that I remember watching in the late 1960s....
Camberwick Green
Trumpton
Chigley
which Murray created. They were based on an idea of nostalgic 'middle England', and featured a range of characters including the famous fire crew, Windy Miller, and the workers of a biscuit factory. There was the classic voice of Brian Cant, and some excellent music.

The music, which brings back so many memories of my childhood is featured below...

Scope for a resource on the Geography of Trumptonshire, which might also include reference to Radiohead's video for 'Burn the Witch'.
Camberwick Green Chigley Trumpton