July 09, 2009
Sitting on my colleague's desk today at the GA was a copy of Carl Lee's intriguing new book, which I went out to get a copy of later that day. Called "Home: a personal geography of Sheffield"
Have also been invited along to a conference that Carl is organising in September on Inequality.
Article in the Sheffield Telegraph gives a flavour for the background
"I wanted to write a geography book for people who wouldn't normally read a geography book.
"I also wanted to try and get to the heart of why Sheffield was such a great place to live. I've thought the city is one of the best-kept secrets of Britain. I've had a go at exploring the ingredients that make up the city and contribute to it being such a great place to live. "I hope that Sheffield can continue to be the radical city that shaped its creation, now more than ever we need to think about alternatives to the discredited status quo. "Sheffield was one of the first industrial cities in the world, one of the first to de-industrialise, and hopefully the city which leads us into a greener, more equal and more sustainable future."
Another connection with the city came today when I was told that my old mate Pete Rawlinson is one of the directors of the new Sheffield Brewery. The names of the beers that they brew have plenty of geographical connections. 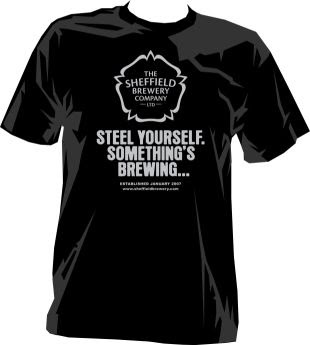 Brewing and distilling is an area that I have long meant to develop as the context for a teaching (or learning) resource - got a growing collection of materials now. Perhaps a trip to the brewery would be a good idea...
Sheffield